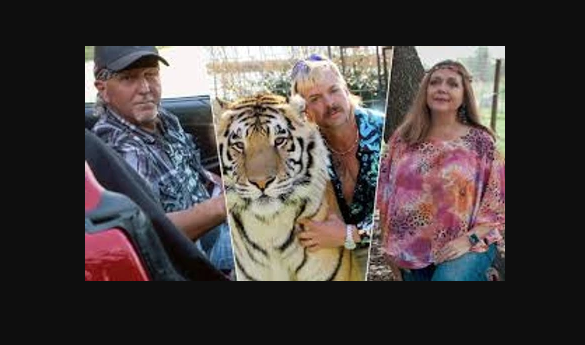 Could mediation have helped Joe move forward instead of focusing his energy on "that b!*@h Carole Baskin"? Yes. A million times yes.

In many ways, Joe and Carole's issues began as a rather typical copyright and intellectual property dispute. They became fierce enemies because they both refused to address their conflict directly. Instead of addressing each other face-to-face (though in their case, online mediation would be recommended) they continued to disparage each other on websites, YouTube videos, phone calls, and more. If they hired a mediator to hash out their differences in a professional setting, the outcome would have been different -- even for these two. Why? A mediator has the tools to elicit conversations and find common ground and a win-win solution to move two parties forward. Joe and Carole could've agreed to disagree on the methodology of raising large cats and ethical breeding. They could have shared best-practices and even pooled resources, but alas, they did not choose mediation. They continued their dispute through attorneys and online attacks costing them millions of dollars and ultimately jail time for Joe.

At one point in the show, Joe tried to mediate with Carole's new husband, Howard Baskin, over the phone but Jeff Lowe listened in on the conversation without making his presence known nor was there an agreement by all parties on the phone that he should be in attendance. I am assuming that a professional mediator was not on the line or in the room? If there was a mediator present, he or she would know that privacy, confidentiality, and an agreement to mediate is required before starting any mediation. Once Joe allowed Jeff Lowe to listen in and interfere with the discussion, distrust set in and mediation ended -- violating any modicum of trust left between the parties.

All parties would have a signed agreement to mediate in place and there would be no one allowed to spy on the phone or record session. Conflict is emotional but expected in mediation. Do parties in conflict curse or get angry during mediation? Yes. Professional mediators are unfazed by it and most of us would agree that it is better to be loud in mediation rather than in court in front of a judge. Intensity is often indicator of progress in mediation. A good mediator can handle anger, sadness, and all of the other emotions in-between, reframe the key items driving the emotional outburst, and push the conversation onto a productive path.

The takeaway from Tiger King is this: Whether you're Joe Exotic battling with Carole Baskin, an employee frustrated with a co-worker, or a spouse leaving a marriage, mediation can work efficiently while preserving your sanity, saving you time, and reducing your costs. Mediators are trained to not take sides and facilitate conversations toward a voluntary agreement between the parties. Most importantly, mediators are trained to be neutral. Are mediators a fan of zoos or animals being exploited or abused? Absolutely not. Were Carole and Joe deeply flawed with murderous intent? Yes. Could a mediator have put their own opinions aside and worked with them to help them figure out a path forward and put their conflict to rest? Absolutely. Mediation could've worked for them and it could work for you too.